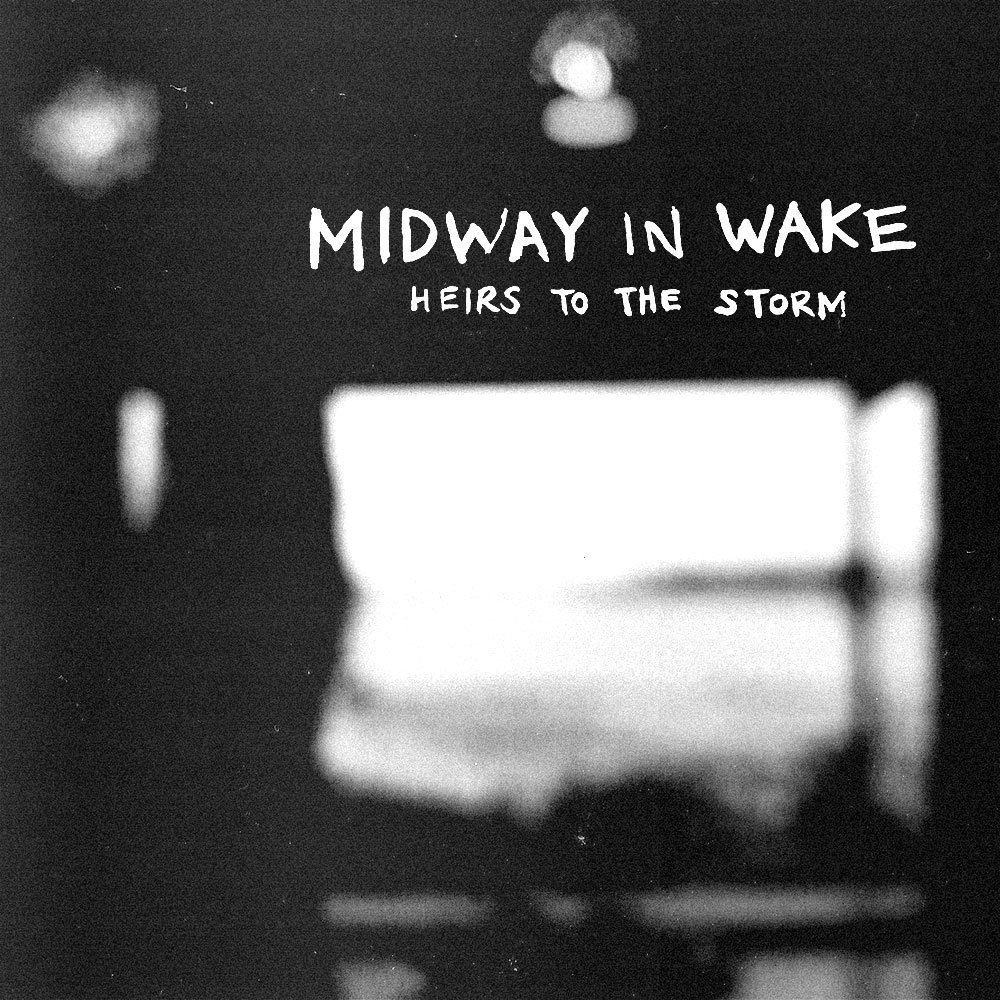 “Heirs to the Storm”, Greg Reynaud’s second full-length album as “Midway In Wake” is a concept album who’s story unfolds through ten different narratives about the days following a fictional catastrophic event. The amount of time and effort spent penning the deeply haunting lyrics — from ten different vantage points — was only equalled by the time spent writing, performing and recording all of the different parts in each song, which range from hand sequenced drum beats and oddly, looped atmospherics to shimmering, intertwining guitar parts and melodic bass lines. While Reynaud’s first full-length album ‘We Will Remain Sedate’ relied heavily on acoustic guitar, ‘Heirs To The Storm’ is more experimental and adventurous than its its lo-fi predecessor. Fans of Bon Iver’s ‘22, A Million’ and Grizzly Bear’s “Yellow House” will find familiar themes and tones in songs such as “Beacon” and “Your Majesty” while songs like “They’ll Come For Us” and “Non Nocere” may remind listeners of Radiohead’s ‘In Rainbows’ and The National’s ‘High Violet’. While the songs do share a common theme and overall mood, each represents a different aspect of the human condition, such as love, loss, greed, revenge, desolation, etc.

Warning: Invalid argument supplied for foreach() in /nfs/c04/h06/mnt/165675/domains/lowatt.com/html/wp-content/themes/wp-bootstrap-starter/epk.php on line 205

Warning: Invalid argument supplied for foreach() in /nfs/c04/h06/mnt/165675/domains/lowatt.com/html/wp-content/themes/wp-bootstrap-starter/epk.php on line 214
>